This is the post I wrote about tree stump fences for the Ontario Barn Preservation newsletter, June 2022.

I seldom see those old tree stump fences now. They used to be all over rural Ontario. Do you know the fences I mean? They were tree stumps pulled up (after the tree was cut down, of course) and lined up in rows as a border at the edge of the land or field. They don’t seem to have a fancy name. I haven’t found one. 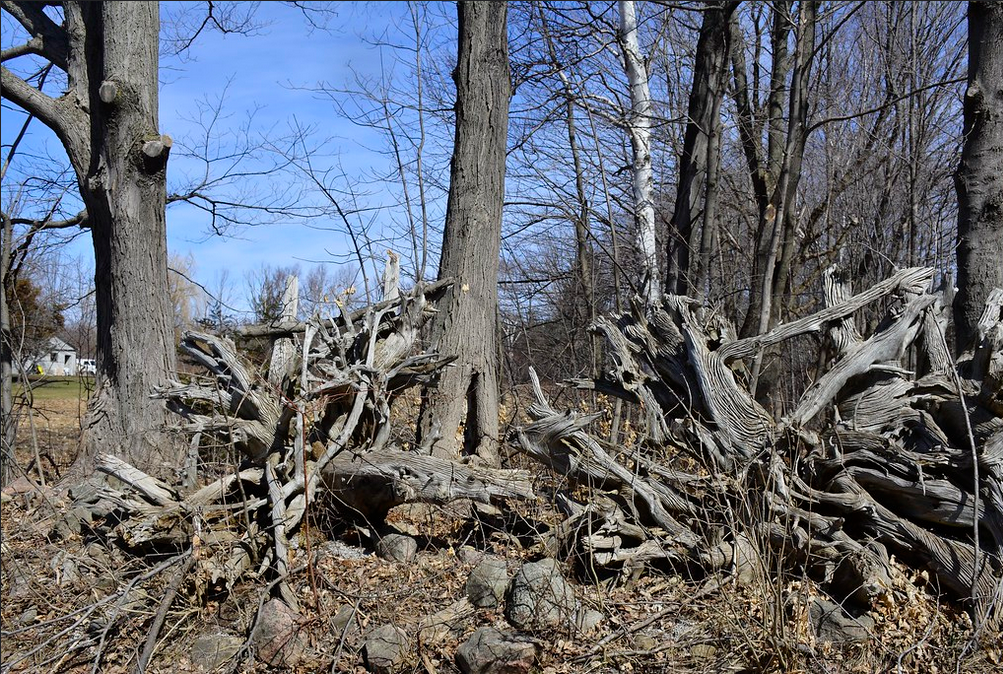 This photo was taken by William Gibson and posted to his Flickr account. Location Tay Township, Ontario. 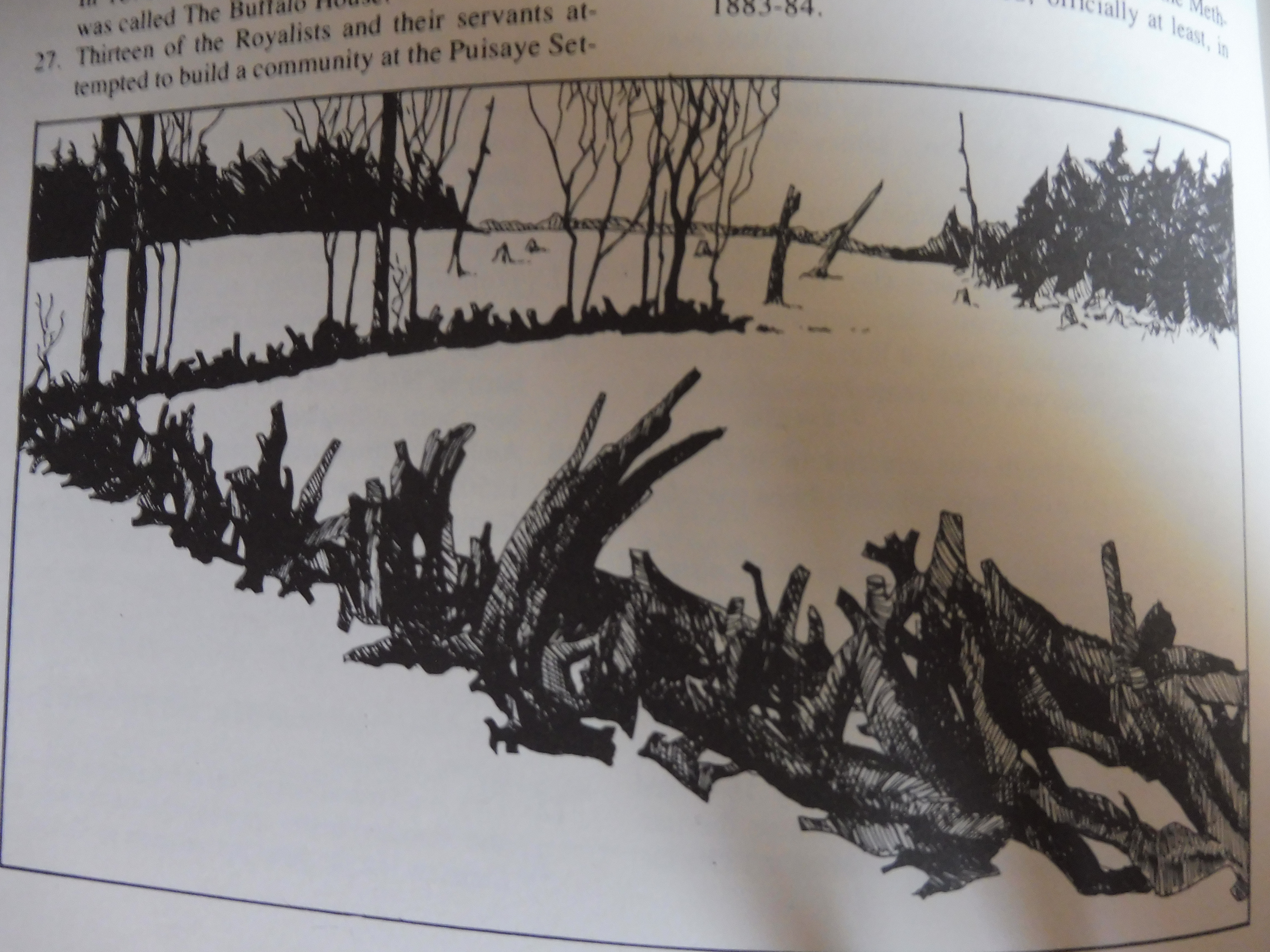 I posted a drawing of a tree stump fence to the social media accounts for Ontario Barn Preservation (Facebook, Twitter, and Instagram). It’s from a book about Goodwood, Ontario. “Burrs and Blackberries from Goodwood”, by Eleanor Todd. (It’s not a great image. I didn’t want to rip the page out of the book to scan it. So I took a photo of it instead).

The Mennonite Archival Information Database has a photo from Rockton, Ontario, showing how huge the tree stumps could be. Consider, this was after it was pulled out of the ground. Like an iceberg, most of the tree roots are beneath the surface. There’s something to think about.

I found a post about stump fences, in Michigan, with several photos. Have a look at In Forest and Field, site by Woody Meristem.

Stumping, or removing the stumps from land that had been logged, was extremely difficult work. They occupied roughly one eighth of the field, so the first crops were usually planted between them. The presence of stumps not only wasted space but proved a disadvantage to the crude agricultural methods of the day. Many softwood trees stumps rotted away after a year or two, but hardwood stumps persisted eight to ten years, and resinous stumps of pine trees even longer. Stumps, particularly of resin trees like pine, resisted burning and peppered the landscape for many years.

In early York streets, stumps were prevalent and hampered comfortable travel until the Stump Act was enforced. Any person found intoxicated might be sentenced to the task of extracting a prescribed number of stumps. The law so effectively reduced the number of problematic stumps and public drunkenness in York, that other localities imitated it.

Quoted from Gwen Tuinman‘s website. The post is about how the land was cleared, mentioning the tree stump fences at the end. Gwen is a writer from rural Ontario.

Learning more about tree stumps has me thinking about all the trees cut down to make way for farms and then towns and cities. My Dad used to say most of the best farm land has been paved over for cities. I think he was right. People would have started building on the best land. As they gathered and formed towns the land would be used for more houses, shops, schools… you know the history. Trees (and barns) lose their ground to shopping malls and condominiums. You can’t save everything, but it would be nice to see a better balance.

If you want to read more about Ontario’s forests take a look at Forests Ontario.